Differences between Agents and Distributors

OK, so you’re ready to have somebody else selling on your behalf “while you sleep”? Of course, there are various solutions to this, but two of the more common are the ’employment’ of commission (aka sales, aka trade) agents or distributors. But what are the differences between agents and distributors?

Essentially, the difference is one of product ownership. While a commission/sales/trade agent sells product on your behalf that you continue to own and invoice the ultimate customer for, distributors take ownership of the product and sell on to their own customers. This can mean that while, on the one hand, your business builds a relationship with the customer, on the other you may not even know where your product ends up. 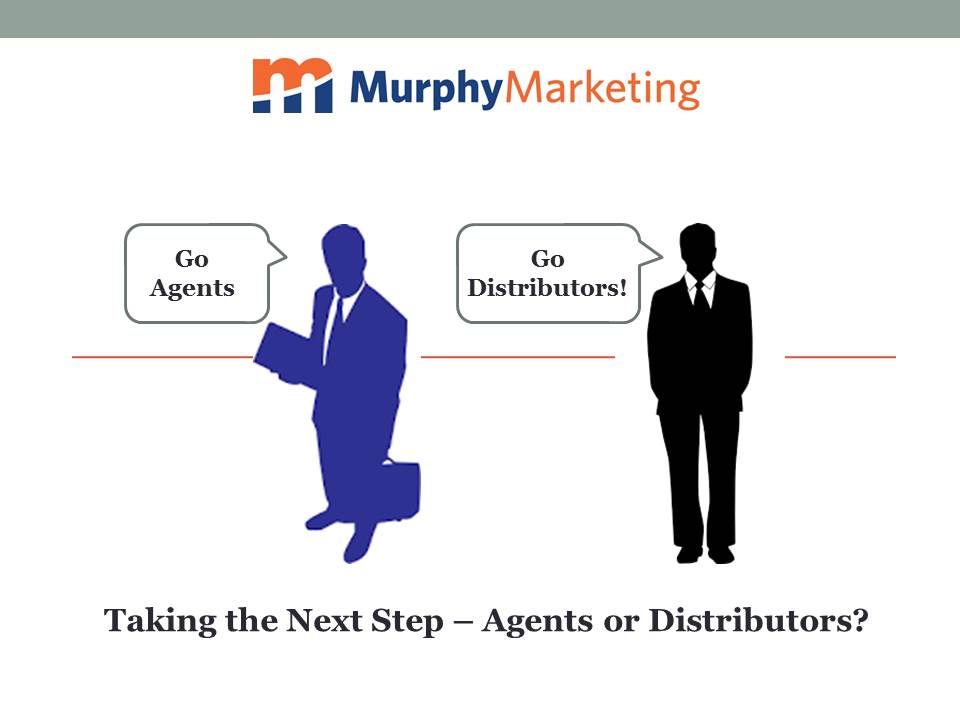 The key point to remember when choosing between selling via agents or distributors is the following :

In the case of distributors, a supplier / manufacturer sells his product to the distributor, who in turn sells the product on to his customers, adding a margin to cover his own costs. Distributorships are used as a low risk means of expanding business into new markets or territories. The distributor assumes liability, i.e. legal responsibility for one’s acts or omissions. Failure of the distributor’s business entity to meet that responsibility leaves him open to a lawsuit for any resulting damages or loss, which may occur to the other party. As the distributor has taken ownership of the products, he is incurring a greater degree of risk than an agent in the course of his business. The distributor has no authority to create a contract between the supplier and customer. The customer’s contract is, in this case, with the distributor.

On the other hand, an agent is a self-employed intermediary who has continuing authority to negotiate the sale of goods on behalf of another entity – the supplier / manufacturer (aka the principal). The agent may negotiate and conclude the sale of goods on behalf of and in the name of that principal. As he does not take ownership of the goods, the agent does not take on responsibility. This remains with the supplier.

Here are some main differences between agents and distributors.

While there is no right or wrong choice here (it depends on your industry and what choices you make for growth strategy), do take these differences between agents and distributors into consideration when plotting our next steps. Also, consider other factors in distribution agreements outlined in this blogpost.