Avoid Winking at a Good-looking Girl in the Dark

As the old adage goes, “Running a business without advertising is like winking at a good-looking girl (or guy) in the dark. You know what you’re doing, but nobody else does”. 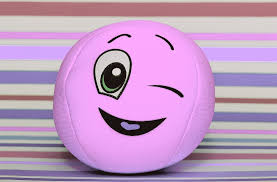 Now, for “advertising”, you can substitute “promoting”, thereby allowing yourself to concentrate on social media, for example, or getting out and meeting people. You may not have a budget for pure advertising, in the sense of spending money on media. However, if you’re short of cash, mister *, you might still be able to time-manage yourself to a sufficient degree to allow yourself dedicate some time to social media work, on Facebook, Twitter or other. Or get along to some networking opportunities. Or try to generate some favourable and free press coverage through PR work.

Essentially, you’ve got to be telling people (your target markets) about what you’re doing and what’s good about your product or service. Another adage states that “If you’re not telling, you’re not selling”. There’s no arguing with that.

As the summer winds up over the next few weeks, many of us self-employed small business owners who have perhaps been on autopilot for the previous two months will begin to turn our thoughts back to the job at hand. I regularly say that micro-business owners often have two beginnings to their year. The first, of course, is in January. But there’s a second one in September, once the holidays are over and the kids have gone back to school. Let me suggest that you develop some rigorous system to urge yourself to communicate with your audiences into the future.

Winking at a good-looking Girl

So, the next time you’re considering it, switch on the light first …